The coating film lamination is a process of a plastic film composite laminating immediately after coating. It is mainly used as a coating film processing factory or workshop. After applying the adhesive to the reel plastic film as needed, it is dried (slightly) composited and pressurized to adhere the paper film together to form a laminating product. That is, the coating film equipment has two kinds of automatic and semi-automatic, and its basic working principle is the same; the main process flow includes unwinding → gluing coating → drying → laminating → slitting → finished product stacking.

The pre-coating film is prepared by the pre-coating film processing factory according to the different specifications of the format, and then the glue is coated and re-rolled, selected by the manufacturer to be combined with the printed paper. There are three kinds of pre-coated films: hot film, pressure sensitive film and special film. The binding is mainly used in two types of hot film: BOPP, PET (and one is N nylon). 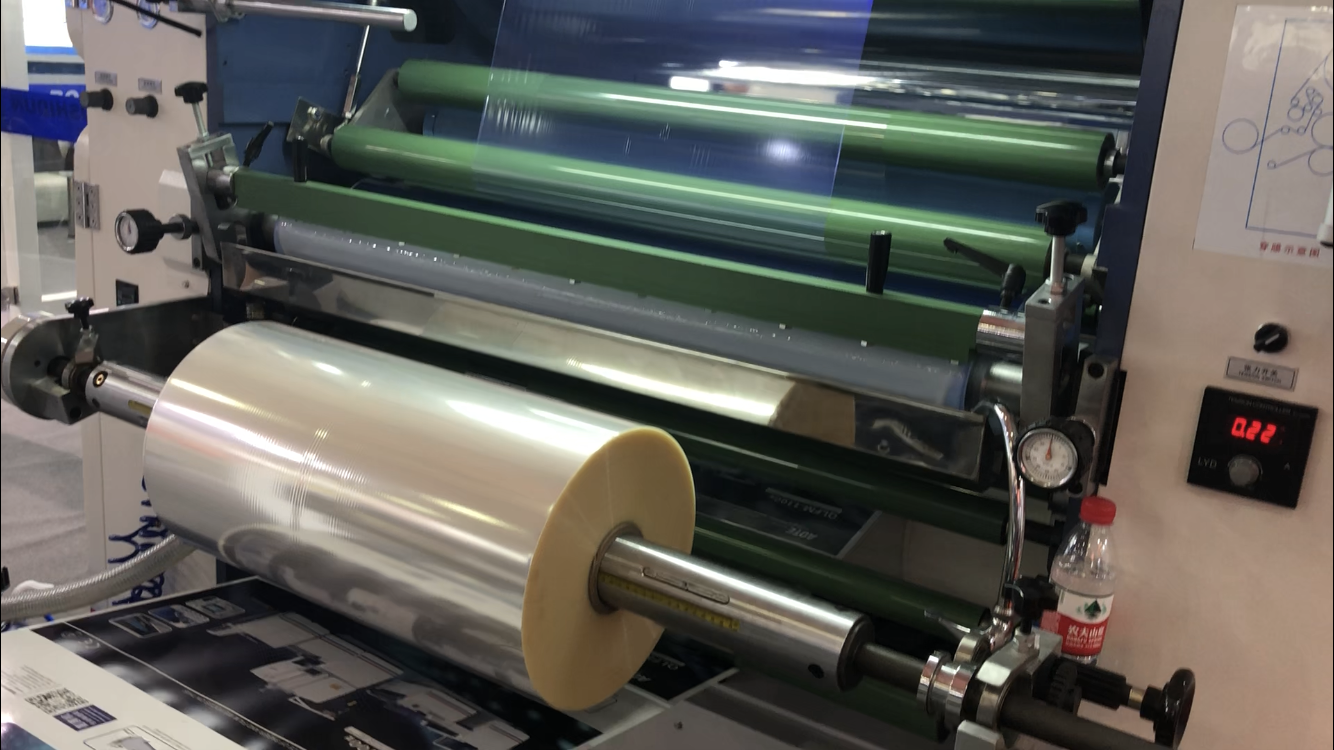